We’ve been busy building a wealth management app during a pandemic that will introduce a new way of managing a stock portfolio. But in the meantime, here are 3 reasons why we believe markets are buoyant, and what it means for passive investors.

In this blog post, we discuss 3 reasons why the stock market fell almost 40% from its highs due to the outbreak of the coronavirus globally, and why it has risen almost 25% from its lows despite a disappearing global economy. Many are calling for another leg lower, and some are just outraged that stocks are rising as many households struggle. We also provide commentary on how passive investors can navigate the turmoil caused by the coronavirus global pandemic.

There is no denying we live in strange times. Over the last decade, central banks intervened in large quantitative easing programs that have significantly changed the nature of the free stock trading market and the underlying global economy. But now it seems like we have established a genuine disconnect between Main Street and Wall Street. Markets are rising and even folks in the financial community can’t put their finger on it. Here’s our take -

1. The market is rising because our definition of “the market” has changed.

When traders and fund managers refer to “the market” they typically mean the S&P500 Index (and lesser so these days the Dow Jones Industrial Average), and what this index does in terms of its price movement and change. Whilst the index over the last 15 years has been a pretty decent representation of global commerce and the value of risk assets, it’s simply a basket of the largest companies in America weighted based on their market valuations. That means as a company becomes more valuable, the index weights more to that company.

Think of the S&P500 as the “mean girls” club in high school, who only want to hang out with the lads from the football team. The nerds don't have enough muscle developed yet to flex - so they don't make the cut (in terms of market capitalization).

With this in mind, take a look at what the S&P500 looks like today:-

Courtesy of the folks over at MarketWatch, this graph above shows you that the big 5 tech companies together make up half the index. Apple, Amazon, Alphabet (Google), Microsoft, and Facebook are popularly referred to as “Big Tech”, and for good reason. The market in some ways is no longer a reflection of global reality, it is simply a reflection of the cloud.

Consider what Covid-19 has done for these companies. Many digital & technology firms are thriving from increased time spent at home (e.g. ZM: Zoom & NFLX: Netflix), driving valuations higher, relative to companies who are totally unable to operate. Investors are selling their shares in companies that are hampered in a lockdown world (e.g. UA: United, AA: American Airlines), and piling into companies that aren’t. This is a natural, defensive & instinctual move of market participants, seeking the highest return and the lowest opportunity cost. So:-

‘The market’ by definition is re-valuing and re-weighting to this new reality. Like a throw of dice - this re-valuation would be to a point that is midway between its highs and its lows, (nothing mathematical, but probabilistic and logical nonetheless). This is exactly where the S&P500 is right now. No surprises here.

2. The unemployment number is scary, but so are global fiscal & monetary rescue packages.

Covid-19′s largest impact on humanity will be the lives and jobs lost in this pandemic. It is painful for a decade worth of jobs to be wiped out in a matter of 2 months. But whilst there has been destruction, coordinated global efforts of fiscal and monetary stimulus have all but guaranteed that stock prices will remain buoyant, and there is an adequate cushion to companies. Markets in the 2008 crisis were illiquid, but the Covid-19 market has been promised unlimited liquidity. What was once a philosophical debate about Ben Bernanke (former chairman of the Federal Reserve) dropping “helicopter money” over the economy (helicopter referring to literal ‘cash droppings from the sky’ into households to induce economic activity) is no longer fiction or an internet meme anymore, it is now a stark reality in a country that prides itself on being a capitalist. Americans are receiving paychecks in the mail and other more structured tax-based economies are doing the same for their people and their businesses.

Whilst the long-term consequences of increased debt cannot be ignored, it must be not be underestimated by any means what the cumulative dollar amount of these global interventions is - the scale of which is sheer record-breaking. Look at the projected Federal Reserve balance sheet, compared to the last 12 years:-

Not too shabby for a private corporation that has grown 900% in 15 years! Let’s put this into context here by looking at the Fed’s various easing programs:-

QE1 + QE2 + QE3 programs increased the Fed’s balance sheet by roughly $3.2T. The result was that bond prices rose, and no longer paid out the same yield. Combined with interest rate cuts, this made borrowing long-term money cheap. The S&P500′s reaction was to outperform in its best bull run ever (no surprises here), as market participants sought riskier assets to compensate for a dwindling yield in the bond market. Extensive studies have been conducted by economists around the world as to the true efficacy of the Fed’s buying programs, but by and large, many estimate that the Federal Reserve’s QE programs provided an additional 20-25% risk premium to the equity market (above what stock prices would have risen by with a recovering corporate earnings profile). And despite the major controversy that ensued accusing the Fed of “money printing” en masse, many see the Fed’s intervention as having championed stability in financial markets globally, post-financial crisis.

Now imagine doing QE1 + QE2 + QE3 in one shot. That’s exactly what the Fed is doing, and the market has responded in kind, rising from Covid-19 lows sharply by 25% (no surprises here). Moreover, every other major central bank in the world has reacted the same way, as they typically take leadership from the Fed.

Consider what would happen if Drake got engaged to Rihanna. The music world would be in total upheaval. The sheer cumulation of their fans would guarantee every venue they performed at together to be sold out. Tweet volumes and memes could be at record highs. Then imagine them announcing a grand global tour along with Jay-Z & Beyonce. That’s exactly what these coordinate announcements were for the finance world.

We’re talking about a decade’s worth of bond buying taking place in 1 year, add to that helicopter money going to households! Even if the market did not have any reason to rise, the sheer expectation of history repeating itself forced many hedge funds to reverse their bets and close their short positions. There is a saying on Wall Street, you simply do not fight the Fed.

Here’s a chart of the ticker SSO again (ProShares S&P500 ETF), and take a look at what happened after the Fed announced its “bazooka”. No surprises here.

3. Game theory suggests that markets rarely do what ‘everyone’ expects them to do. Bear market rallies can be aggressive in nature.

Let’s take ourselves back to March 19th this year when markets were in absolute free fall, and down almost 35% from highs. Every major newspaper in the world, on its front pages, had “Stock markets in free-fall.” or a similar headline. That markets were crashing was announced to the world. That economies were crashing was known to the world. That layoffs were inevitable was known to the world. By March 21st, even those outside the financial community were expecting stock markets to crash. Then New York City announced it would be going into lockdown. Simply put, this was the height of the fear, and that is exactly where aggressive selling tends to abate. That sent a signal to the market that governments were prepared to do the right thing. It wasn’t a silver bullet, but it calmed fear. When all the bad news is out, and the city that never sleeps is forced to sleep, how much worse can things really get from an expectations standpoint? Not much more.

Check out the chart below of the post DOT com bear market - the market rallied by 19%+ on 4 separate occasions in a span of 3 years.

Game theory, and particularly common knowledge (CK) theory, suggests that “it is the public statement of information, not the prevalence of private information or beliefs, that forces movement in the CK game.” By March 23rd all the fear was already priced in, and every piece of news could only be better, or if anything, more informative henceforth. The Nash equilibrium is also a great primer for understanding game theory in markets. For as long as the commonly held view that markets should be crashing persists, the simple fact that they aren’t and that the stock market can close positive on a given day suggests it will continue to rise. This then becomes a feedback loop, pushing prices higher, until something material changes.

What does this mean for passive investors and their portfolios?

Investors have a multitude of levers to consider during this pandemic. Allocation between sectors, the allocation between equities and fixed income, and geographic allocation to name a few. For passive investors, history would suggest one should be steadfast and purchase stocks and index funds at a discount to where they normally trade. That the S&P500 has fared well in the rout suggests that passive investing does offer a degree of resilience when allocating to the right index. As the old adage goes, “Buy low, sell high”. But in these particular times, individual investors could learn a thing or two by taking cues from legendary, experience money managers such as Warren Buffet. Whilst Buffet was buying stocks at the peak of the fear (market lows), he is trimming positions in companies whose business models are compromised in a social distancing era, and accumulating those who seem less affected by the crisis. These are episodes in the market that shake out winners from losers and lead to sector rotation. Pay attention to companies whose products you know well, and accumulate those which will stand the test of time, regardless of how badly they are hurt today.

The views expressed in this blog post do not reflect the views of Pasiv Technologies or any of its subsidiaries or employees. The view expressed in this post is that of the author alone. Pasiv is not a registered investment advisor or wealth management firm. This is not an offer to purchase or sell a stock, ETFs, or any other securities. Any reference, mention, or examples of stocks in this article are made purely for illustrative purposes. 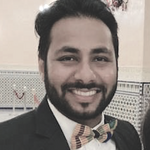